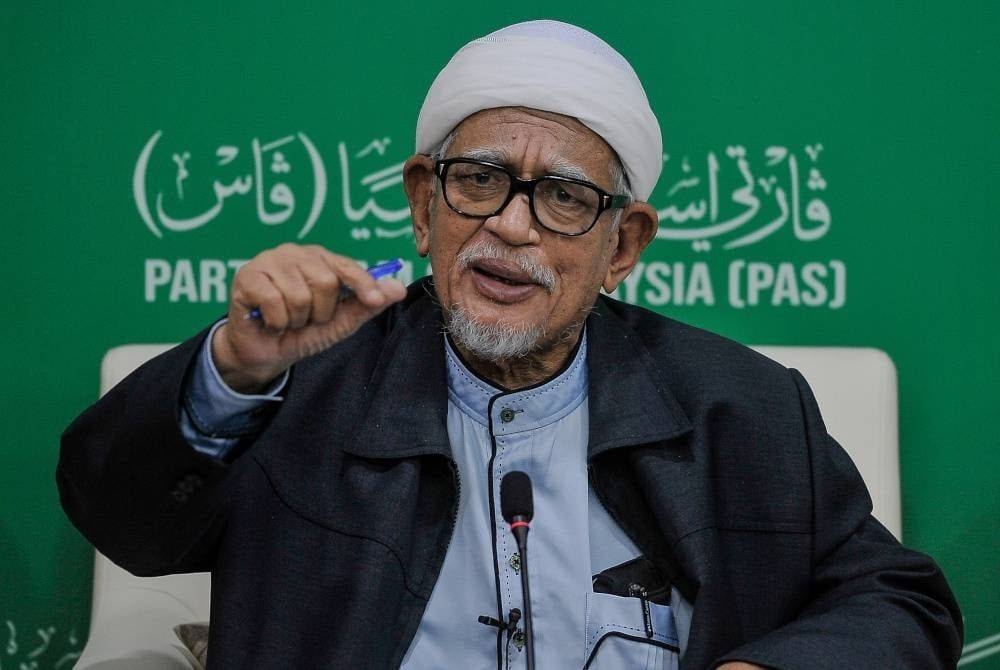 SHAH ALAM – PAS President, Tan Sri Abdul Hadi Awang described the ‘failure’ of the Perikatan Nasional (PN) in governing the country as having wisdom behind it.

According to the Marang Member of Parliament, what is important is that PN is honest, patient and steadfast in facing whatever situation is happening at the moment.

However, he said, the newly appointed Prime Minister, Datuk Seri Anwar Ibrahim needs to prove the real support he received to qualify him to hold the position of the country’s number one leader.

“Everything that happens has happened, there must be wisdom. The important thing is that we be honest with the people, be patient, and remain steadfast.

“Thank you to the people for their undivided support. We have tried our best. Next, the Prime Minister has to prove the real support received,” he said in a post on his Facebook on Thursday.

He added that despite failing to form a government, his coalition was determined to continue serving and serving the country.

Anwar, who is also a Member of Parliament for Tambun, finished taking the oath as the 10th Prime Minister of Malaysia at Balai Singgahsana Kecil, Istana Negara at 5pm on Thursday.

The Ceremony of Awarding the Certificate of Appointment and the Ceremony of Taking the Oath of Office and Loyalty as well as the Oath of Secrecy were performed by the Yang di-Pertuan Agong Al-Sultan Abdullah Ri’ayatuddin Al-Mustafa Billah Shah and the Raja Permaisuri Agong, Tunku Hajah Azizah Aminah Maimunah Iskandariah.

The appointment followed His Majesty’s approval after presiding over the Special Discussion of the Malay Rulers on the morning of the same day.

Anwar is believed to lead the new federal government combining the two largest parties, PH and BN, with a majority of 112 parliamentary seats.

However, the Chairman of the PN, Tan Sri Muhyiddin Yassin in his press conference on the same day challenged Anwar to present the legitimacy of having the majority support from members of the Dewan Rakyat to appoint him as the 10th Prime Minister.

He explained that the evidence is important to avoid doubts and ensure that the appointment process is guided by the Constitution.

The crisis in the establishment of the Federal government and the appointment of the Prime Minister began when the results of the 15th General Election (GE15) last Saturday saw no party coalition get a simple majority.