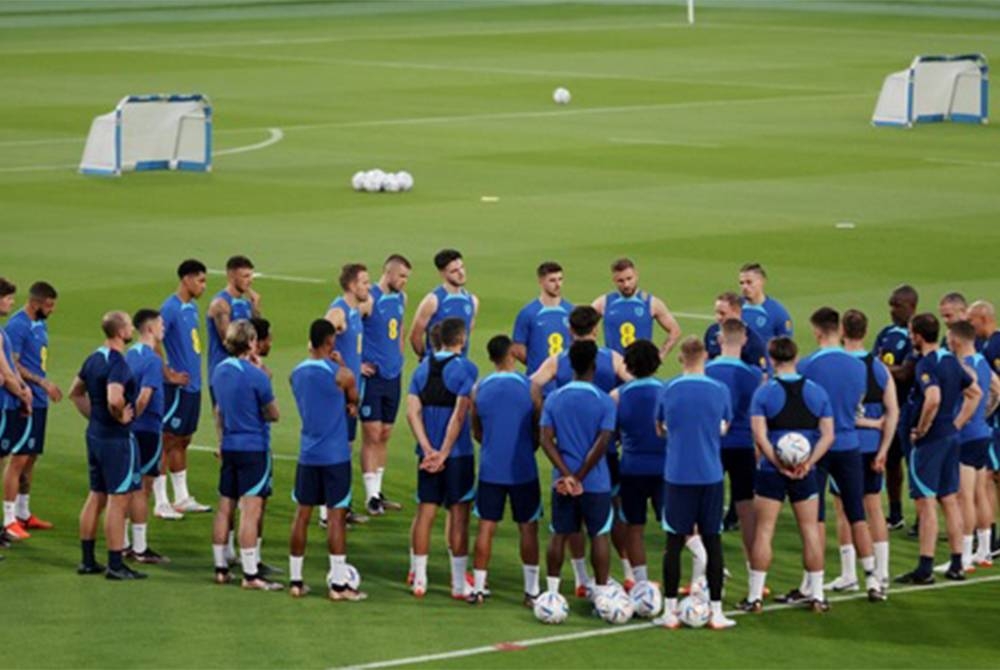 The England players want to avoid the disappointment of failing in the penalty shootout. Photo Agency

REFUSAL The disappointment of two years ago was repeated as England’s players underwent penalty kick practice ahead of the World Cup kick-off in Qatar on Monday.

It’s even more interesting that the kick was done without a goalkeeper in the goal.

Psychologically there is a reason for the manager of The Three Lions, Gareth Southgate to do the training.

The 52-year-old coach did not want his star players to lose confidence because the opposing goalkeeper managed to thwart their kick.

Thus, England who lost on penalties during the Euro 2020 final to Italy practiced kicking with the players instructed to make the corner of the goal their target.

“It can affect the players’ mentality if they face the goalkeeper because we already know where the ball is going to go.

“We have a training method where kicks are taken openly and the players have to make the corner of the goal their target.

“Everyone can take a penalty, but unfortunately it’s difficult for us not to control the pressure during the actual match,” said England goalkeeper, Aaron Ramsdale.

Southgate’s move to ensure his men could take the penalty kick helped England beat Colombia in the last 16 four years ago.

It was their first penalty shootout win at the World Cup after four failures.

However, that good record did not last long after Jadon Sancho, Marcus Rashford and Bukayo Saka failed to complete their kicks during the Euro final against Italy 16 months ago.

The result saw England win just two of nine penalty shootouts at major tournaments — their only other success coming against Spain at Euro 1996.