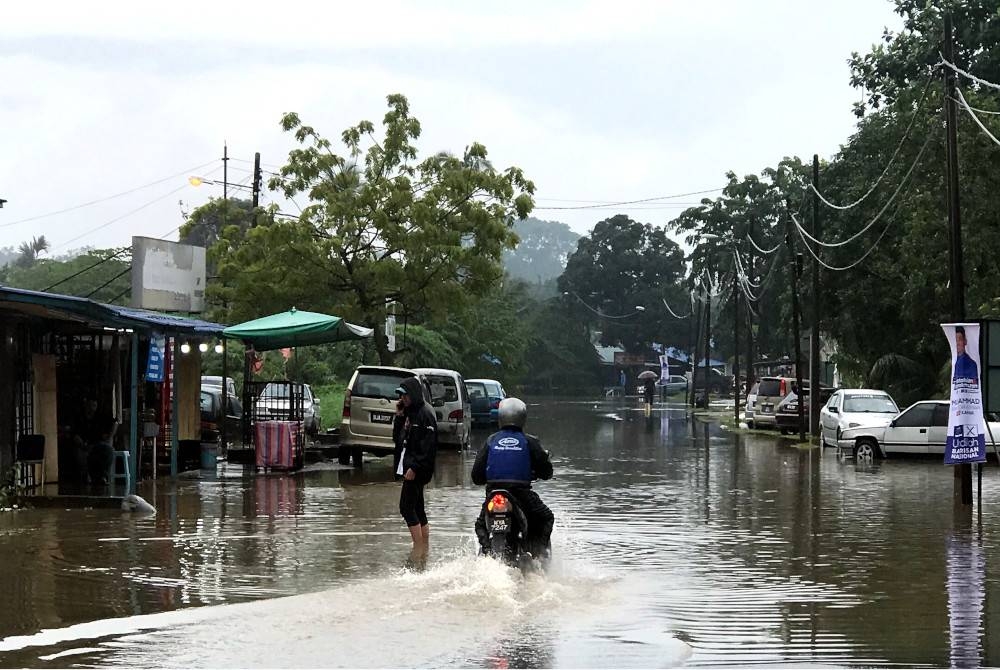 SHAH ALAM – Five rivers each located in Selangor, Johor, Pahang, Perlis and Sarawak are at danger level, as of 12 midnight Friday.

Two other locations recorded by the Department of Irrigation and Drainage (JPS) are at the danger level are Bukit Tok Poh, Sungai Perlis, in Kangar, Perlis and Longjegan Baram, in Miri, Sarawak.

At the same time, there are seven rivers recorded as being at alert level including Kampung Labong, Sungai Endau, in Mersing, Johor; Sungai Melaka Snail Village, in Alor Gajah, Melaka and Peklinggi, Sungai Linggi, in Port Dickson, Negeri Sembilan.

In the meantime, Nadma informed as many as seven temporary evacuation centers (PPS) are currently open across the country with three of them each in Selangor and Johor and one in Kelantan.

The total number of victims involved is 402 people from 97 families.