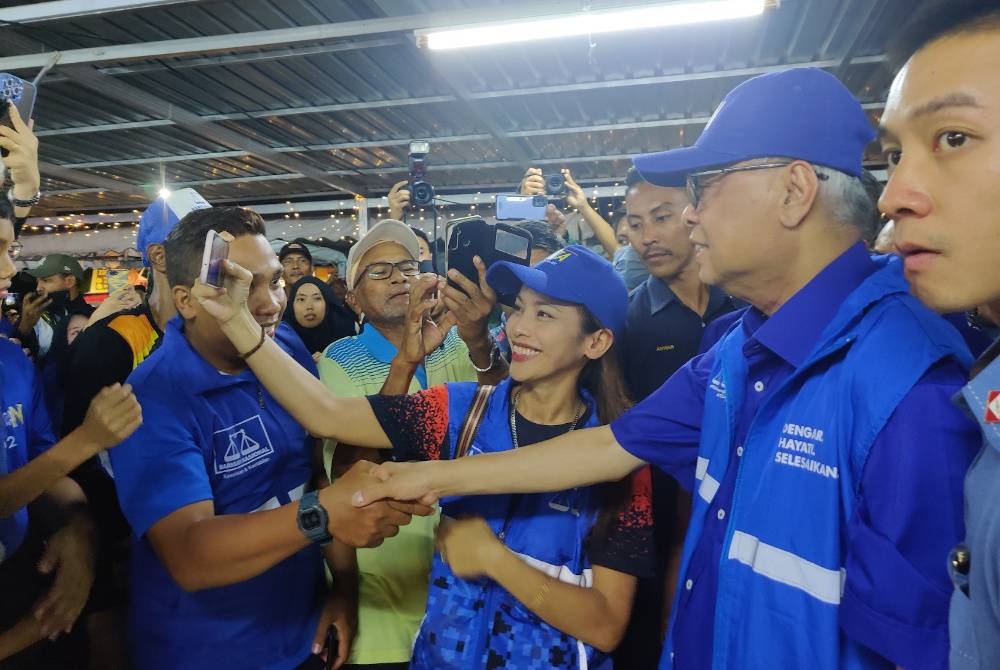 The public did not miss the opportunity to take pictures with Ismail Sabri (second from right) during the Kuala Selangor Youth Relaxation Session at Bandar Puncak Alam here on Monday.

KUALA SELANGOR – Early voters who voted on Tuesday are expected to make the right decision to determine the future of the country in the 15th General Election (GE15).

“The opportunity given to PH by the people at that time was to see the changes they could make in governing the country.

“However, what is clear is that they (PH) failed to implement what the people hoped for,” he said during a press conference after the Kuala Selangor Youth Relaxation Session in Puncak Alam Town here on Monday.

Ismail Sabri said that the people in the 14th general election depended on the manifesto that was presented but in the end all the manifestos could not be implemented.

“I believe they need to make a comparison between the BN government and the PH government,” he said.

Asked about the level of civil servants’ support for BN, Ismail Sabri said that support for the party was high.

“When PH was in power, they had described that government employees needed to be reduced and so on, so they (civil servants) felt they had no defense during PH compared to after BN returned to power,” he said.

In addition, he said, during his tenure as Prime Minister, various initiatives were implemented for the benefit of civil servants.

“In terms of the government, we are indeed looking after the interests of civil servants away from PH, I am confident that tomorrow civil servants will support BN,” he explained.