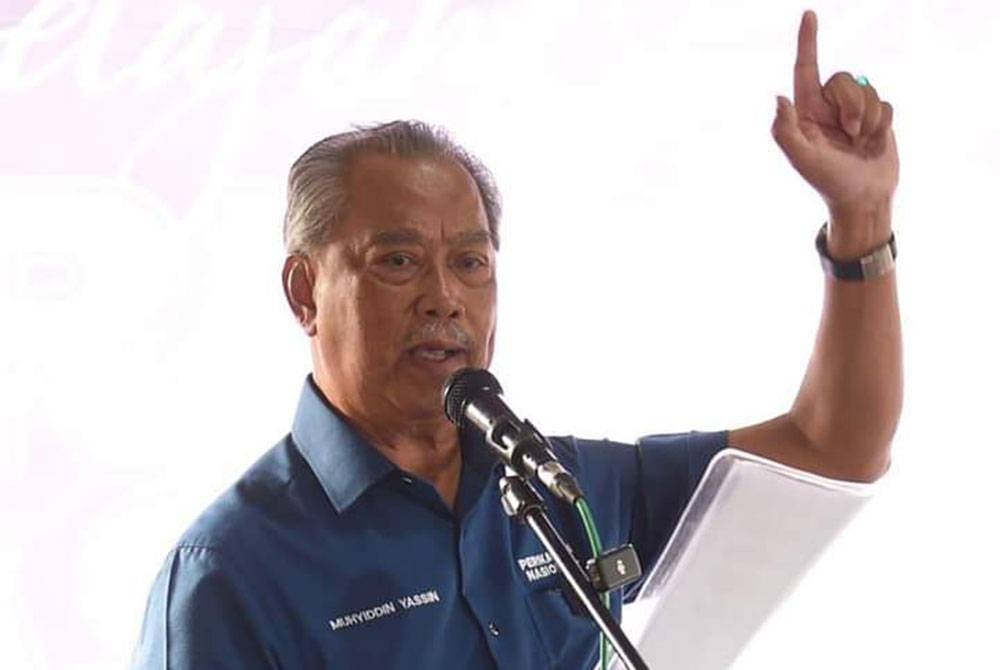 PAGOH – Chairman of the National Alliance (PN), Tan Sri Muhyiddin Yassin said, he dared to swear in the name of God that not a single cent of government money was misused during the Covid-19 pandemic.

He said that when he became Prime Minister, all government expenditure was made according to the existing financial percentage line.

“By God, I can swear that there is not a cent of government money that I spend except for the people and it is done according to existing financial regulations,” he said.

He said this to the media after attending a program with friends of Amanah Ikhtiar Malaysia (AIM) in Bukit Pasir.

Muhyiddin said this when asked to comment on the statement by Pakatan Harapan (PH) Melaka chairman, Adly Zahari, that he would be investigated in connection with the alleged spending of RM500 billion during the Covid-19 pandemic, two years ago, if the coalition won the 15th General Election (GE15). .

In the meantime, Muhyiddin also challenged Adly or other PH leaders, showing evidence that there was financial misconduct by the government when he was Prime Minister in managing Covid-19 before voting day without waiting after GE15 and ready to be investigated at any time.

“If you look at the overall expenditure, it is big, but everything is done according to the rules. No need to wait…investigate now, no need to wait after the general election.

“I don’t feel afraid because everything is managed according to the procurement policy, the way of spending under the financial contract,” he said.

It is clear that what is important is if Adly has evidence of the death now.

“It’s normal for PH leaders to say there are cases, like the one made by Rafizi Ramli, but when challenged, what is the evidence?

“This is to take advantage of the campaign because they know that we (PN) have seen increasing support, so find a way to slander, spread baseless slander,” he said.

Meanwhile, Muhyiddin also questioned why it was only after two years that he managed Covid-19 that it was brought up and not reported to the MACC.

“Don’t say after the election, this is about him (Adly) contesting there (Alor Gajah) he wants to win, he said the PN is wrong and is broken.

Earlier, Adli was reported to have said Muhyiddin would be investigated in relation to the alleged spending of RM500 billion during the Covid-19 pandemic, two years ago, if PH won GE15.