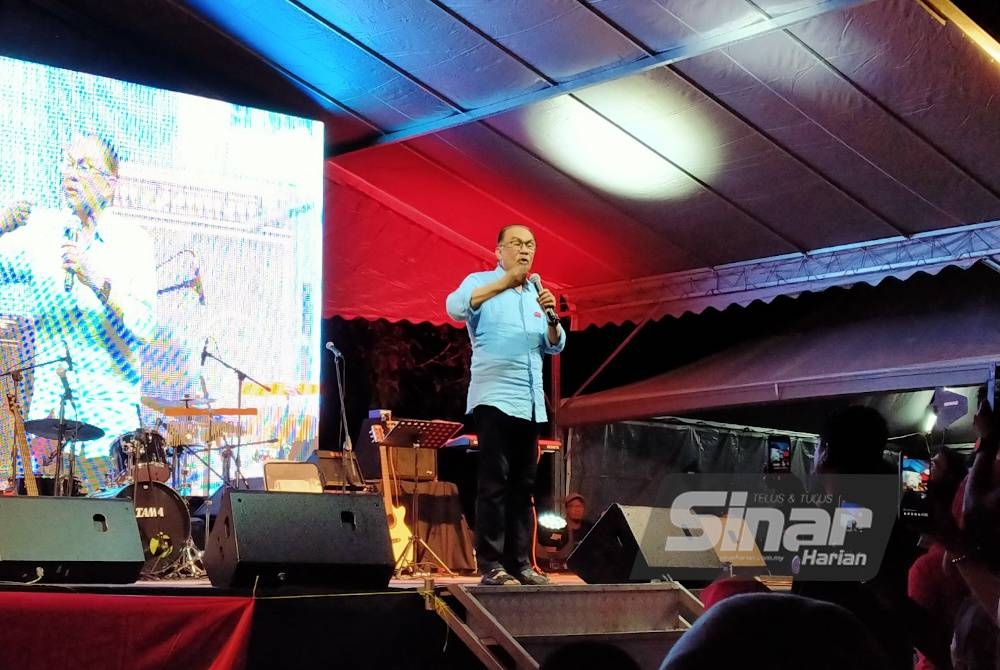 Anwar when delivering a speech during the Tambun Berselawat Program with Anwar Ibrahim at the Mini Manjoi Stadium here on Monday night.

IPOH – The Tambun Parliamentary Constituency will be the center of the movement for the new government that will be established after the 15th General Election (GE15).

The confidence was voiced by the Chairman of Pakatan Harapan (PH), Datuk Seri Anwar Ibrahim who hoped that his victory in the Tambun parliamentary seat would create history for the first Prime Minister from Perak.

According to him, the victory will open up space and opportunities for the residents and voters in the area to get various benefits if PH forms the government.

“God willing, if it happens we pray on November 20, the first Prime Minister from Tambun and Perak. If it happens Tambun will be the headquarters and center of the new Malaysian government movement.

“I make sure that both tourism, both job opportunities, and industry will naturally get attention. If you are a candidate for Tambun, a candidate for Prime Minister, if you win, don’t win (a majority) of 2,000. Shame on you (my friend). I hope we pray ,” he said when speaking during the Tambun Berselawat Program with Anwar Ibrahim at the Mini Manjoi Stadium here on Monday night. 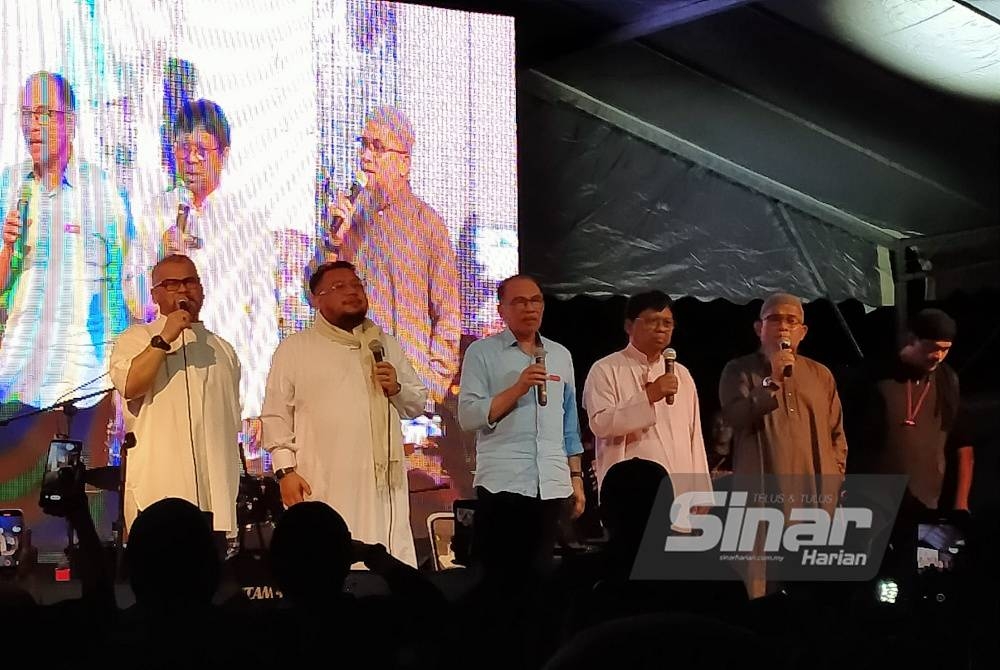 Anwar (centre) also prayed together during the Tambun Prayer Program with Anwar Ibrahim at the Mini Manjoi Stadium here on Monday night.

He already has a group at the international level that has expertise in the field of artificial intelligence to bring the technology to Malaysia.

Meanwhile, Anwar said, on the last night of the campaign, the final speech for the PH election team across the country will be made in Tambun.

“So that night, all the international media will come, so Tambun will enter the world map,” he added.

The people present at the program were also entertained by the singing of leading artists namely Datuk Awie, Aris Ariwatan and Ijam Medicine.