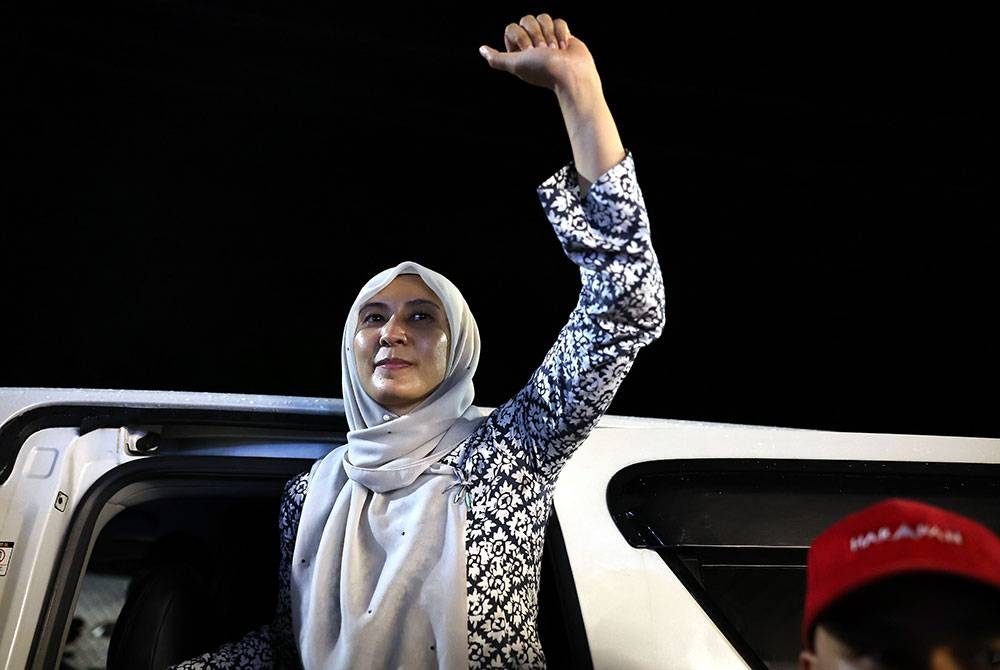 PERMATANG PAUH – After 40 years, Datuk Seri Anwar Ibrahim was appointed as the Member of Parliament for Permatang Pauh and after that his wife, Datuk Seri Wan Azizah Wan Ismail, finally his son, Nurul Izzah handed over his family’s legacy seat to the opposing party.

The 15th General Election (GE15) created history when the parliamentary constituency which had been a PKR stronghold since 1982 now changed hands to PAS who contested on the Perikatan Nasional (PN) ticket.

Muhammad Fawwaz, who is also the Penang PAS Youth Leader, said he was grateful and hoped to be able to realize his promises in this five-year period.

“I want to apologize if I made a mistake during the campaign and I want to unite Permatang Pauh. We are all brothers,” he told reporters at the National Youth Advanced Skills Institute (IKTBN) in Bukit Mertajam, here, this morning.

In the 6th GE, April 1982, Anwar, contesting on the BN ticket, wrested the seat from PAS when he defeated Zabidi Ali with a majority of 14,352 votes.

Anwar held the seat until 1999 when he was sacked as deputy prime minister by the then prime minister, Tun Dr Mahathir Mohamad, in addition to serving a prison sentence after facing allegations of corruption and sodomy.

On 31 July 2008, he vacated the seat to make way for Anwar to return to Parliament through a by-election (PRK) after his release from prison.

Anwar retained the seat in 2013, but his status as a Member of Parliament was revoked following his conviction in a sodomy case, in 2015.

Dr Wan Azizah then returned to take over the seat involved in the by-election after that and held it until GE14 before Nurul Izzah defended the seat when she defeated Mohd Zaidi (BN-UMNO) with a majority of 15,668 votes. – Named.