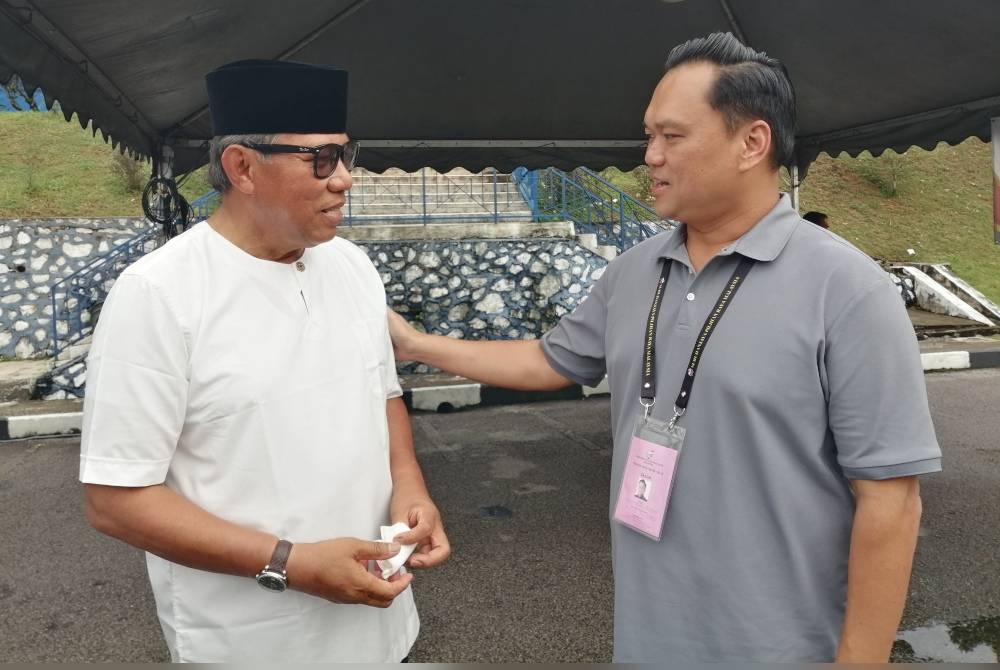 Wun Hoong (right) was friendly with PN candidate Abdul Rashid when they met during the early voting process that took place at IPD Gombak, last Tuesday.

SELAYANG – The 15th General Election (GE15) campaign for the Selayang Parliament ran in a harmonious atmosphere without any incident of provocation and commotion.

Selayang BN candidate Chan Wun Hoong said that until now his party has not received any reports of campaign materials being vandalized as has happened in some other areas.

According to him, the selection of the right candidate plays an important role in controlling his followers to compete in a healthy and mature manner.

“When a candidate campaigns in a healthy way, members do the same. This is the spirit we want to practice when campaigning,” he said when asked to comment on the development of the GE15 campaign in Selayang.

When asked about the chances of winning, Wun Hoong said that his party is confident of being able to provide fierce competition despite facing William who has the advantage of having won the seat for three terms.

“BN also has the advantage of having good cooperation in the component parties. We also did not come only during the election but have worked hard since GE14.

“Once the post mortem is over, we continue to work for the people. From there we see that there is a light to give competition and most likely we can recapture Selayang,” he said.

He, who is now 43 years old, informed that he had been active in politics in Selayang when he was 20 years old when he became a special officer to the then Member of Parliament, Tan Sri Chan Kong Choy for eight years.

“In 2008, I became a special officer to Datuk Seri Dr Wee Ka Siong who was then the Deputy Minister of Education followed in 2013 with Datuk Seri Liow Tiong Lai who held the position of Transport Minister.

“From there I gained experience for matters in the area and also at the central government level. I also have advantages in the corporate sector that I can use to provide the best service if elected by the people,” he said.