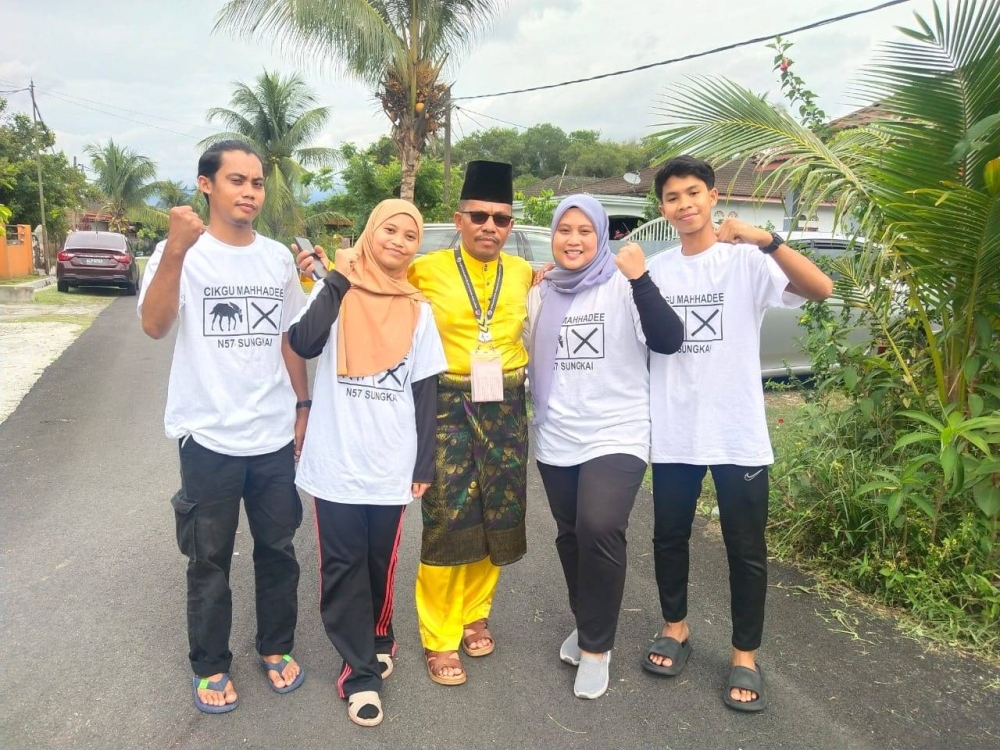 IPOH – With a few hours left before the end of the campaign, the enthusiasm of the candidates who are not from the major parties contesting in the 15th General Election (GE15) did not fade in winning votes at the last minute.

For the Independent candidate for the Sungkai State Legislative Assembly (DUN), Mahhadee Ramlee said, his enthusiasm to campaign was higher on the last day.

According to him, receiving positive feedback from voters and friends caused the programs to meet voters to continue.

“Right now I don’t feel like giving up even as an Independent candidate. I’m having fun campaigning to meet the community.

“I think we can feel that the opportunity is still there because when we go down to meet the crowd they get a good reaction,” he told Sinar Harian on Friday.

Meanwhile, for the Buntong DUN Independent candidate, A Sebastiar said, the campaign to meet with the local community will continue until the night.

He said that the status as an Independent candidate does not mean that there is no opportunity but that you have to work hard to get votes.

Meanwhile, for the Parti Bangsa Malaysia (PBM) candidate for the Tronoh state seat, Bryan Yong Wu Sean, his family and the election machinery are the inspiration for him to continue campaigning until the last day.

He explained that, despite being among the youngest candidates and competing for the first time in the general election, the effort to win votes by courting the community as much as possible should be done before the campaign ends tonight.

For the candidate of the Parti Pejuang Tanah Air (Pejuang), Aswannudin Hariffudin who is running for the Teja State Assembly seat, the campaign schedule on the last day begins with a visit to the District Voting Centers (PDM) to ensure that the machinery is ready before voting day.

He said, after that, a second visit around the Gopeng Town area was made to meet as many voters as possible.

“The campaign in the Teja state assembly was also very calm and everyone practiced mature politics, respecting each other,” he said.

Ahead of the voting process on Saturday, all candidates are only allowed to campaign until midnight later by the Election Commission (SPR).