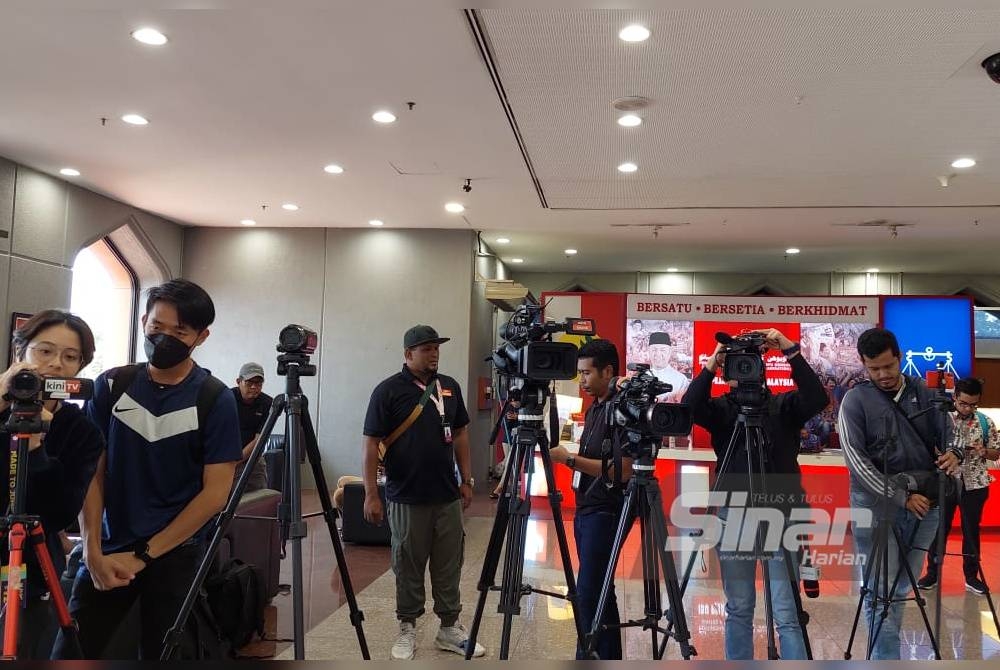 KUALA LUMPUR – More than 50 media personnel gathered at Menara Dato’ Onn, World Trade Center (WTC) here for the coverage of the Special Meeting of the BN Supreme Council which is reported to take place on Thursday.

Some media practitioners arrived as early as 7.30am to report on the movements of BN leaders.

However, until 10 am there was no sign of the BN leader arriving to attend the meeting.

Sinar Harian understands that the meeting is likely to be held at 3pm while in the morning there will be a peaceful gathering of solidarity against UMNO President, Datuk Seri Dr Ahmad Zahid Hamidi.

The Special Meeting of the BN Supreme Council became the focus of attention after the Supreme Working Council (MKT) of UMNO unanimously decided that BN would support and participate in the formation of a unity government that is not led by Perikatan Nasional (PN).

UMNO Secretary General, Datuk Seri Ahmad Maslan said the decision was made by the UMNO MKT at a special meeting chaired by Ahmad Zahid on Wednesday night.

According to him, the UMNO MKT made the decision to support and uphold the order of the Yang di-Pertuan Agong, Al-Sultan Abdullah Ri’ayatuddin Al-Mustafa Billah Shah who recommended BN to do so.

“MKT also agreed that all the representatives of the party that won the Parliamentary seats in the 15th General Election (GE15) obey and accept any form of unity government and other forms of government that will be announced by His Majesty,” he said in a statement.

However, there is a question mark as to whether the component parties of BN will support the decision involved or not.

It follows MCA, MIC and Parti Bersatu Rakyat Sabah (PBRS) on Wednesday submitting a no-confidence motion against Ahmad Zahid and asking him to resign as BN Chairman.

Therefore, the final decision of the BN Supreme Council will resolve the deadlock in the appointment of the 10th Prime Minister and the formation of a new government after GE15.

GE15 last Saturday saw Parliament hung when no coalition of parties had a simple majority of at least 112 Parliament seats to form a government.

BN which obtained 30 parliamentary seats is considered to be the ‘king maker’ or the decisive factor in the establishment of the new government.

PH and PN who won 82 and 73 respectively previously also held several meetings with BN leaders to reach an agreement on the formation of the government.