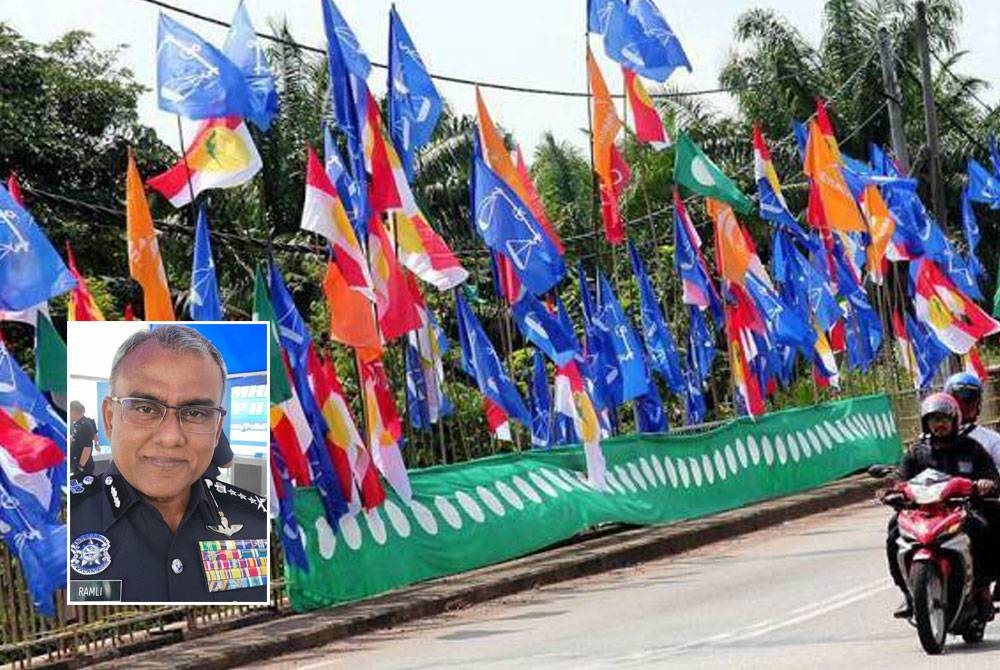 A police report regarding the loss of a political party’s campaign flag in Nenasi, Pekan is suspected to be stolen among three investigation papers opened in the state, on Saturday. – Decorative picture (Thumbnail: Ramli)

KUANTAN – A police report regarding the loss of a political party’s campaign flag in Nenasi, Pekan is suspected to be stolen among three investigation papers opened in the state, on Saturday.

Pahang Police Chief, Datuk Seri Ramli Mohamed Yoosuf said the case was investigated under Section 379 of the Penal Code for the offense of theft.

According to him, two more cases involved acts of treachery and were investigated under Section 427 of the Penal Code.

This investigation paper was opened following a report received regarding the photograph of one of the Teruntum State Legislative Assembly (DUN) candidates on Jalan Datuk Bahaman here having been defaced by certain parties.

“The police also received a report and opened investigation papers regarding the incident involving the campaign flag of the Dun Chini, Pekan candidate who was allegedly a victim of betrayal,” he said in a statement on Sunday.

Ramli said that during the 24-hour period on Saturday, his party received 33 police reports and only three cases were investigated.

“A total of 214 police reports were received with 11 investigation papers opened so far related to the 15th General Election (GE15) campaign in Pahang.

“A total of 312 campaign permits have been received and approved with 216 being lecture permits,” he said.