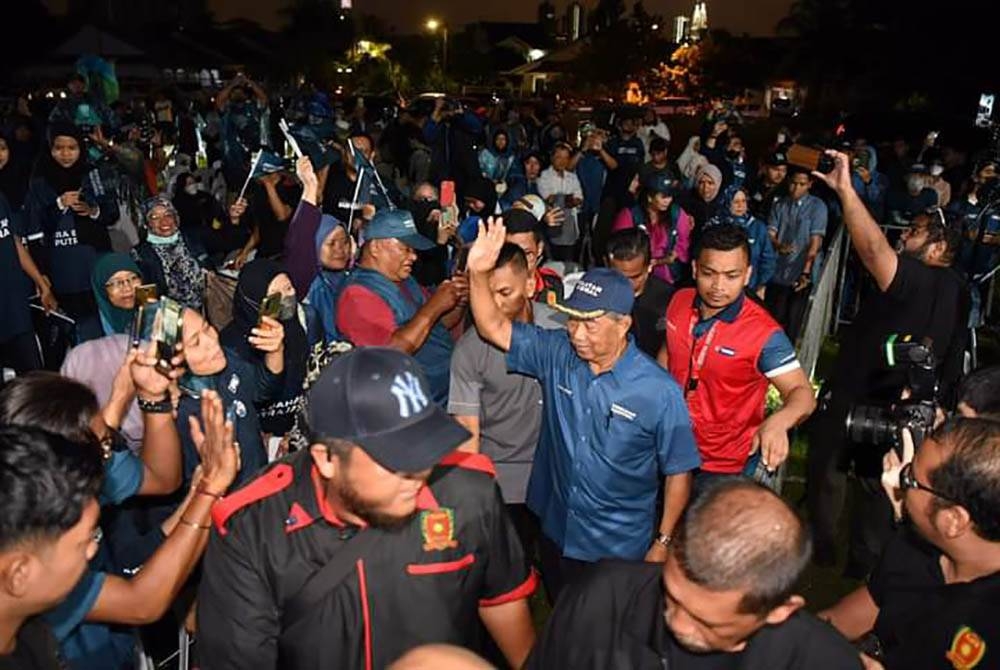 MUAR – The wave of the National Alliance (PN) received an extraordinary response due to the organization of the ‘Jelajah Prihatin’ and ‘Jelajah PN Best’, said a leader of the PN Setiawangsa division.

“First, Wan Saiful was quick to take over and organize information work at the PN level, even though it was not actually his responsibility.

“Wan Saiful continues to monitor the nationwide information campaign even though he is busy campaigning in Tasek Gelugor. His information team also travels throughout the country to organize the two tours,” he said in a statement.

In the meantime, Ikhmal who is also the Head of Bersatu Setiawangsa said Razali was the individual identified by Wan Saiful to be the Director of Communications and Information in the National PN’s Main Operations Room.

He said that Razali carried out the trust carefully to enable the intelligence team to carry out all the things that were well planned.

“The wave that resulted from the success of this information team contributed to the formation of the wave that won PN.

“This wave must continue so that it also contributes to the state elections soon,” he said

Meanwhile, Ikhmal said the biggest factor in the increase in the wave of support for PN was of course due to the popularity of its chairman, Tan Sri Muhyiddin Yassin.

He said the people want Muhyiddin to return as Prime Minister.

“PN managed to benefit from Muhyiddin’s popularity in two ways.

“First, is by organizing a series of mega lectures Jelajah Prihatin and Jelajah PN Best.

“Both series of tours were attended by a sea of ​​people and it made a big impact in convincing the people about the advantages of PN compared to other parties,” he said.

He added that the success factor of PN is through social media with various ‘content’ produced to attract the attention of young people towards PN.

“In the 15th General Election (GE15), PN seems to be ahead in the campaign through social media this time.

“Many parties involved are involved in producing waves that have produced excellent results for PN.

“All of them contributed energy and expertise,” he said.