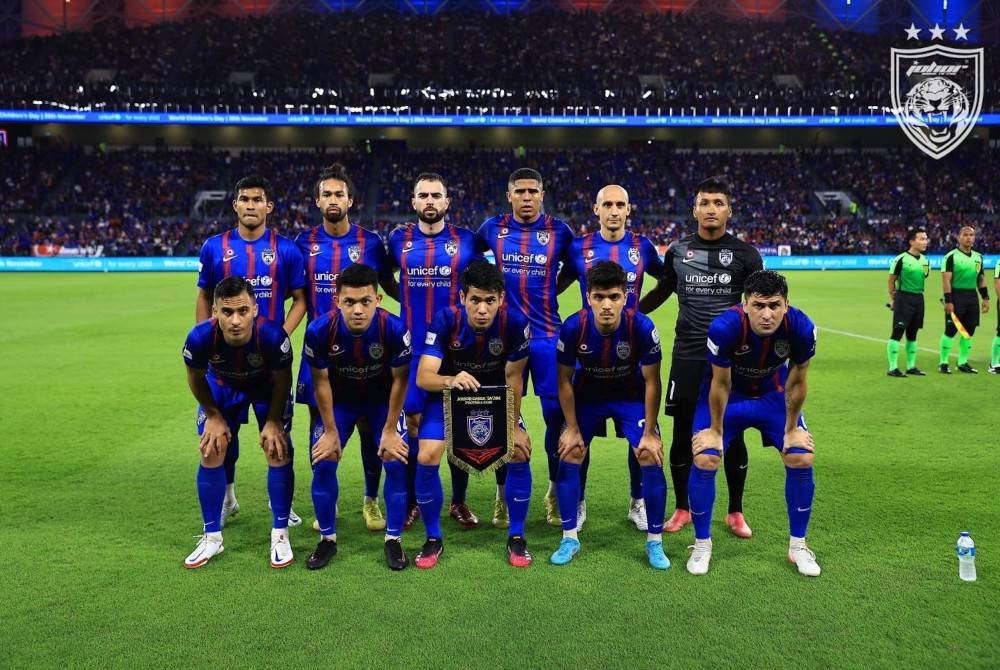 The JDT line-up in the second semi-final of the TM Malaysia Cup 2022 at the Sultan Ibrahim Stadium, Iskandar Puteri on Sunday. – Photo of Johor Southern Tigers

AFTER lifting the Sumbangsih Cup, FA Cup and Super League trophies, Johor Darul Ta’zim (JDT) grabbed the opportunity to win the fourth trophy, the Malaysia Cup in the final action this Saturday.

If successful, it will set a record as the first team to achieve quadruple success (four trophies in one season), in the national football competition.

However, the manager of the Harimau Selatan squad, Hector Bidoglio, wants the eleven players to focus on the final action in addition to being at the best level of performance ahead of the final action.

“Indeed, it is very important for us to complete our fourth trophy this season…but, what is more important is for us to be at our best before the final this time.

“This club is improving day by day and if this time we manage to get the fourth trophy (Malaysia Cup) later, it will be a great success for us.

“After all, football often saw ‘revenge’ actions last year which was quite difficult for us, but we had a chance to do it (win) this time…even though it was difficult all the players were reminded to minimize mistakes, perform in our own way and finally emerge as winners ,” he said.

The victory saw the Harimau Selatan squad advance to the final and have the opportunity to make up for the loss they lost 0-2 to Kuala Lumpur City FC last season.

Commenting on the action against Sabah FC, Bidoglio admitted that it was a difficult match when he saw The Rhino’s squad showing solid performances throughout the match.

However, he said, the JDT team managed to overcome the situation by launching a dangerous drive towards Sabah FC’s goal.

“It was a difficult match against Sabah FC, but the players (JDT) were seen to have performed well with high pressing.

“However, in the run-up to the final, the players need to continue to show improvement in order to give the best performance,” he said.