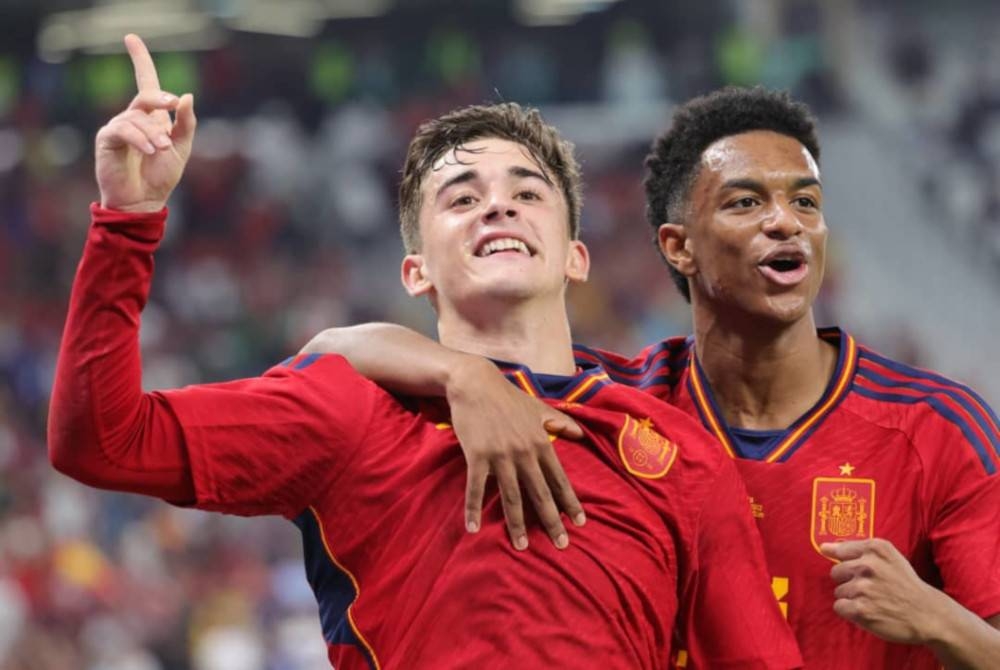 Armed with that spirited goal, Spain redoubled their efforts and it paid off when winger Marco Asencio scored the second goal 10 minutes later.

Barca striker Ferran Torres then ensured a comfortable position for Spain when he completed the penalty kick in the 31st minute.

The kick was scored after Jordi Alba was brought down by Oscar Duarte in the penalty box.

Continuing the second half, Spain continued to attack passionately and Torres was once again the scorer to beat Keylor Navas for the fourth time in the 54th minute.

Without mercy, Spain is seen not to reduce the tempo of the game, but instead continues to organize the movement to hunt for goals.

It then paid off when it was Gavi’s turn to score La Roja’s fifth goal in the 74th minute.

Gavi, aged 18 years and 110 days, created a sensation of his own when he became the third youngest scorer in World Cup history after Pele and Manuel Mosas.

Costa Rica’s goal then shook again for the seventh time through Alvaro Morata in the 92nd minute.

Spain will next face European giants Germany on November 28.

Germany in the curtain-raiser was surprised by a 1-2 defeat to the champion of Asia, Japan.