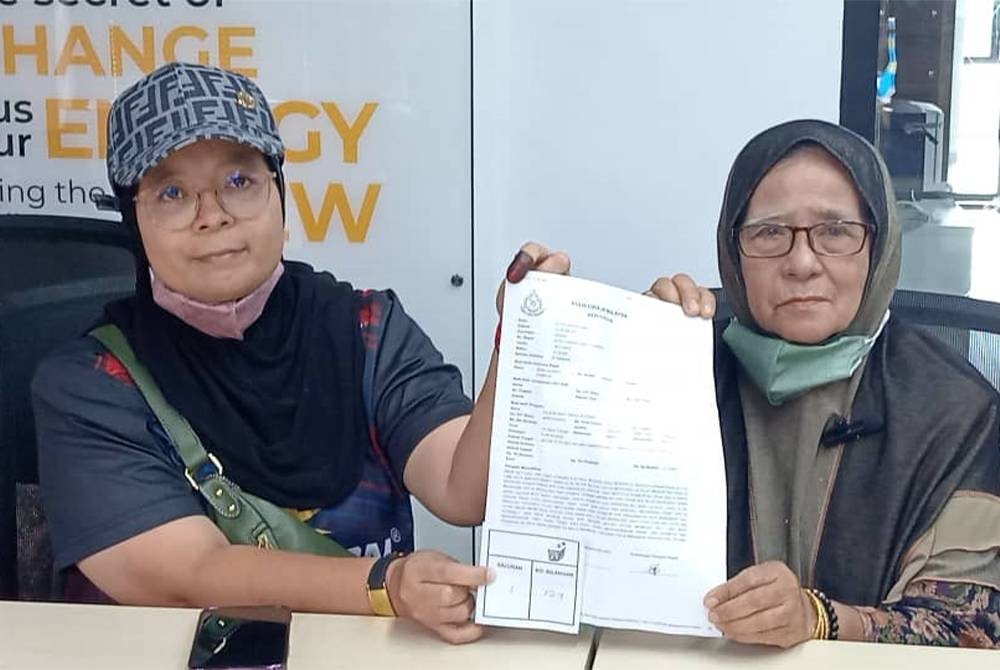 Zaleha (right) shows the police report she made regarding the incident at a school in Kota Sarang Semut on Saturday.

ALOR SETAR – An elderly person made a police report after claiming that he could not vote because his name was already registered to vote in Kota Sarang Semut.

According to Zaleha Abdul Rahman, 75, who lives in Kampung Buluh Lima, Simpang Empat here, is very excited to fulfill the responsibility of voting in a school.

“After registering the name at the Election Commission (SPR) registration counter and being given a paper with the voting channel number and the voting number number.

“The SPR found that my name and ID card number had been used by someone unknown or unknown,” he said when met by reporters at Jalan Stadium here on Saturday.

Zaleha said that the EC at the school in question had checked his name and ID number several times, but it was found that his name was still in the same status as having voted.

He said, he was disappointed and confused as to how such a thing could happen, when he had already voted several times.

“The first time something like this happened, I was really surprised and went to the police station to make a report.

“Who goes to vote. I’m also surprised,” said the housewife who hoped for appropriate action from the responsible party.

Meanwhile her son, Zuliza hopes that the police can take appropriate action regarding the case of the voter using her mother’s name and identity card.

“We don’t know if this is due to human negligence or otherwise. So, we also want to know the standard operating procedure (SOP) of the EC,” he said.

Accordingly, he said, a police report was made at the Kota Sarang Semut Police Station here so that the investigation could be carried out.