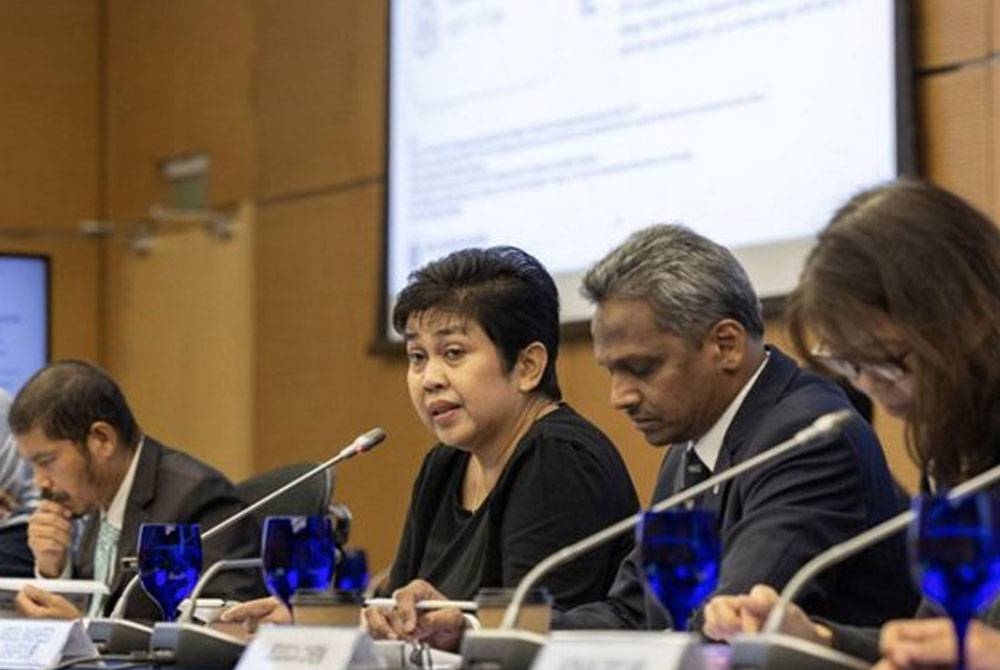 THE fluctuating movement of the ringgit against the US dollar should not be used as a barometer to determine the health of Malaysia’s economy, said Bank Negara Malaysia (BNM) Governor Tan Sri Nor Shamsiah Mohd Yunus.

He said the depreciation of the ringgit was caused by the strengthening of the US dollar following the aggressive tightening of monetary policy by the US Federal Reserve (Fed), and this downward trend also occurred in major currencies and at the regional level.

“It does not mean that Malaysia’s economy is weak and we are in crisis.

“If so, it is very easy to use the currency exchange rate as a barometer to describe the health of the economy without looking at other indicators,” he said at a press conference on the results of the Gross Domestic Product (GDP) for the third quarter here on Friday.

Nor Shamsiah said that so far, the ringgit has depreciated by 11.2 percent against the US dollar, in line with regional trends, adding that the ringgit’s performance should also be assessed collectively against the currencies of Malaysia’s main trading partners.

“Given the ongoing global risks and the projected direction of US monetary policy, the strength of the US dollar is likely to continue for some time to come.

“As this external uncertainty is receding slowly, the ringgit should adjust to reflect the fundamentals of the economy,” he said.

The central bank governor added that decisive structural reforms would also increase confidence in Malaysia’s growth prospects, which would ultimately support a real increase in the exchange rate.

He noted that GDP has grown for four consecutive quarters since the third quarter of 2021, with the unemployment rate continuing to decline for 14 consecutive months to 3.6 percent in September from 4.8 percent in July 2021.

The financial performance of companies and businesses also remains healthy and people continue to spend, while indicators such as retail and car sales have exceeded pre-pandemic levels.

“It is clear that Malaysia is not in an economic crisis. Even so, we admit that there are still some parts of our economy that have not yet returned to pre-pandemic levels,” he said.

The impact of the fall in the value of the ringgit

Nor Shamsiah Yunus said the fall in the value of the ringgit will affect the cost of imports, but he assured that only 8.0 percent of imports are consumer goods.

However, the impact of ringgit depreciation on inflation may be higher in the current period because the high cost environment is still prolonged, he added.

Exchange rates also tend to be stronger for directly imported fresh food items, such as beef, although these items have a relatively small impact in the consumer price index (CPI) basket, he said.

“In addition to currency exchange rates, food prices are also influenced by other global and domestic factors that are more dominant, such as raw materials, logistics, and labor costs.

“Recently moderate global commodity prices have helped reduce input costs and offset the impact of currency depreciation on food prices. This has contributed to the low momentum in food inflation for the past few months,” he said.

Nevertheless, he said, since the cost environment is still uncertain, consumer prices could remain high despite the downward trend in global commodity prices.

He said the risk from foreign debt in foreign currency was largely controllable, as about 68 percent of the debt was either subject to prudential protection or flexible terms.

“For example, until the end of September 2022, domestic external bank debt accounts for only 7.7 percent of total financing. Banks need to comply with prudent liquidity management standards.

“In addition, the large enough foreign currency liquidity assets are sufficient to cover up to 2.6 times foreign debt in risky foreign currencies that are more exposed to production and turnover risks,” he said.

Currently, 31.5 percent of corporate external debt is in the form of intra-group loans, which are generally on flexible and concessional terms. – Named