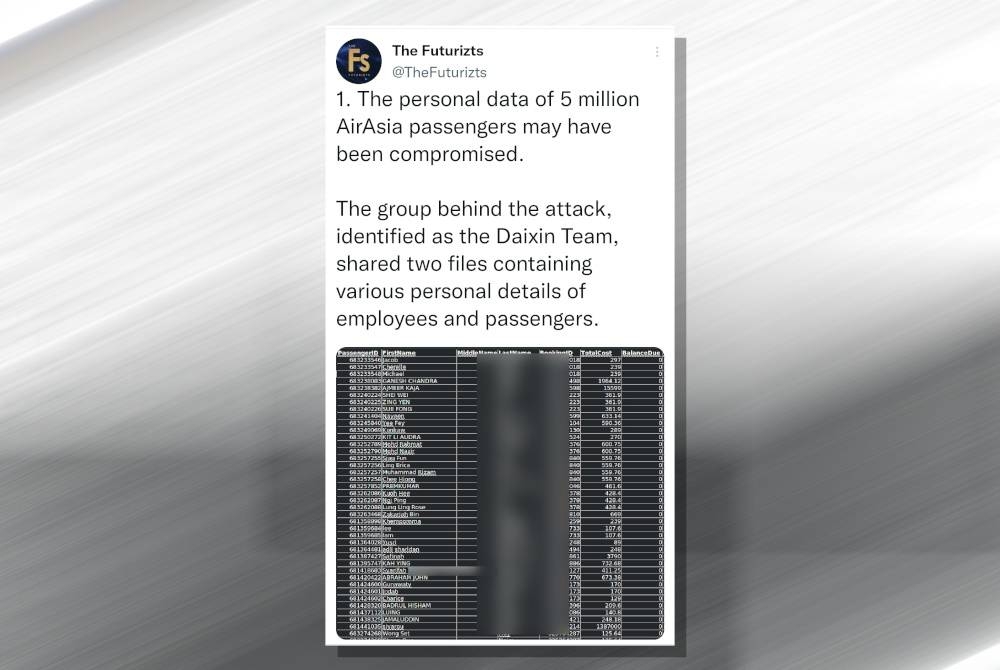 SHAH ALAM – The personal data of five million passengers and employees of the low-cost airline, AirAsia, was allegedly leaked after being hacked by a hacker group known as Daixin.

“The hack happened earlier this month. The first file contained passenger information, while the second shared employee details, such as date of birth, country, address, date of employment, and even their ‘secret questions’ with answers.

“According to a Daixin spokesperson, Airasia contacted the group to discuss re-deleting the shared data but failed to reach an agreement on payment,” he said on Monday.

According to him, in response, Daixin threatened to upload all AirAsia’s confidential data on the internet.

He said, Daixin also revealed that they did not continue the attack into AirAsia’s network system because it was not organized and did not have consistent standards.

That was surprising because the hacker group previously only liked to attack businesses in the United States.

So far, AirAsia has not issued an official statement regarding the data leak issue.

1. The personal data of 5 million AirAsia passengers may have been compromised.

The group behind the attack, identified as the Daixin Team, shared two files containing various personal details of employees and passengers. pic.twitter.com/xmuGkuaqnA